Situated on the North coast of Ireland is the Giant’s Causeway. We ventured up to pray the area as we “toured” N. Ireland.

The odd thing about being this far north is that it never really gets dark (fully dark) and full daylight would last until 11:00pm… after our meal, we ventured down to see Giants Causeway. Not being schooled on what was down in the crater; I followed along and enjoyed the beauty of the decent down… Oh, and yes, I knew we needed to eventually come up!!!

The hike was a few miles down and as you looked around you could not help but feel that you were entering into volcanic craters. As we rounded the one corner to go further down, I marveled at what I saw. In front of me was an area of approximately 40,000 interlocking basalt columns that were the result of an ancient volcanic eruption.

Hexagonal in shape, the basalt columns formed stepping stones that disappear downwards into the sea. According to geologists the Giant’s Causeway was formed some 50-60 million years ago as a result of repeat outpourings of volcanic basalt.

What always amazes me is the “precision” that nature holds. We serve a precise God. He knows the number of hairs (or lack there of) on the heads of all. He know sthe number of our days. Truly, this was another place where I could see the math and precision, showing that all things fit together and give Him glory for creation.

We walked, sat & prayed, and and enjoyed a beautiful sunset. Also noted, there were giant stones (as I called them meatballs), that were scattered around. Again, I was amazed. Some of them were the size of cars and you could tell that they were “spewed” out and sprinkled around from an upheaval. One must watch for them still falling as the sign notes…. 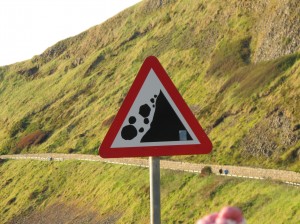 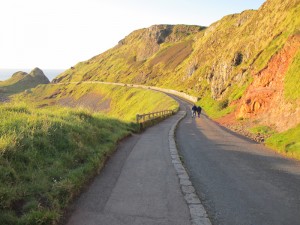 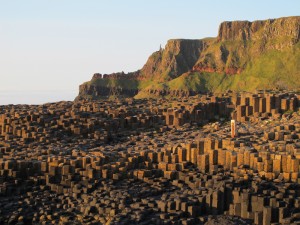 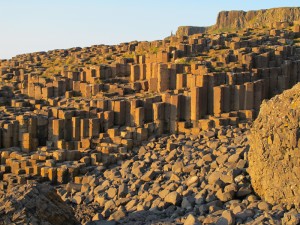 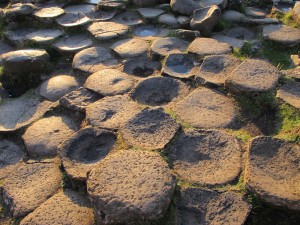 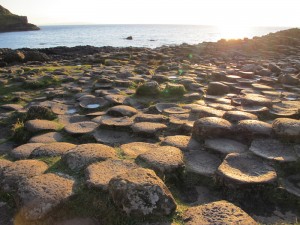 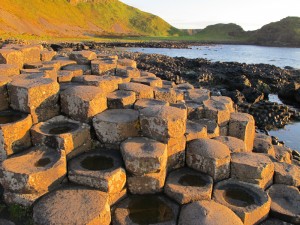 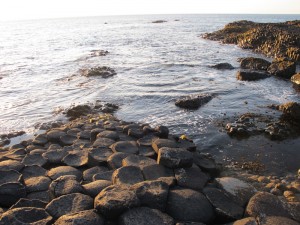 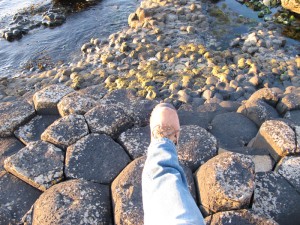 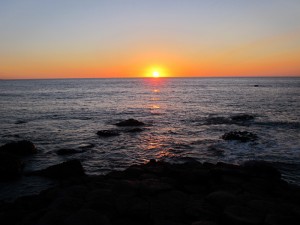