It had always been a desire of my heart to see the Grand Canyon.  I was told that it is breath taking and hard to describe.  My previous attempt to see the Grand Canyon was thwarted by a blizzard that dropped quite a bit of snow and closed the roads. That in itself was an adventure and I did not want to repeat it. So in my “planning”, I made sure that if there was a change in weather coming, I would go to the Grand Canyon before the snow dropped.

Let me say, I took hundreds of photos and not one of them can really capture the splendor and greatness of what your eyes behold. The hand of the Lord is over it all and you stand in awe of His greatness in creating the Grand Canyon VAST!

I traveled the South Rim and took photos from each scenic spot along the way. I met many people traveling the same route and struck up friendships. On the last stop, I was shooting some photos by a watchtower, a man came walking up to me and started a conversation. He said he saw me from the tower and knew he had to speak with me.

Toshi, a Japanese man, was full of questions. The one question he had and needed answered was how he could get to heaven. God is good. He sent me from Minnesota and Toshi from Japan so I could share with him the answer to his question. My first gift to Toshi was eternal life. My second gift, was a small bible that I had thrown in my purse that morning. Seeing the Grand Canyon in its splendor was precious, but seeing Toshi filled with His glory is priceless….. 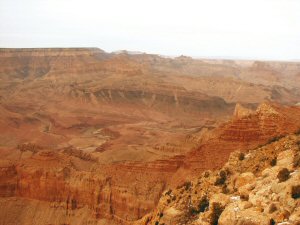 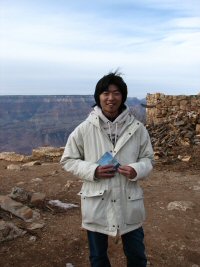