We have 5 physical senses.. Taste, smell, sight, touch and sound. They are mirrored in the Spirit as well.
Or should I say that the Spirit is mirrored in the natural…
Oh welll, one of the things the Lord has always told me to do is to allow myself to be aware of the physical encounters so that when I pray, I will travel there in the Spirit…. So…. Israel… So many wonderful tastes, smells, sights, touches and sounds.

At Megiddo, I encountered one of the many fragrances of Israel… as I stood on overlooking the Jezereel Valley and there was such a lovely smell.. . Inhaling deeply, I enjoyed the warm sun and the smell… What is that smell??????
First I thought of the cedars of Lebanon… no, we’re not that close. I inhaled again.. and inquired of the the Lord, what is that smell??? It is the juniper trees, that is the smell, was my answer from my Guide…
I wish this was scratch and sniff… as it was so fresh and ahhhhhh… Takes me right back there as I think about it…
As you see, they line the Jezereel valley..fragrant and lovely… 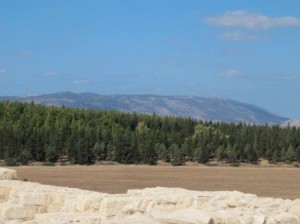 In the Book of Revelations (16:16) that Armageddon (the mound of Megiddo) would at the end of days be the site of the last battle between the forces of good and the forces of evil.

What we saw was the excavation of Solomon’s buildings. Megiddo is the jewel in the crown of biblical archaeology.

Megiddo is strategically perched above the most important land route in the ancient Near East.
As civilizations came and went, succeeding settlements at ancient Megiddo were built on the ruins of their predecessors, creating a multi-layered archaeological legacy that abounds in unparalleled treasures that include monumental temples, lavish palaces, mighty fortifications, and remarkably-engineered water systems.

I’ve included photos… so many, hope to let you visualize what it was like… 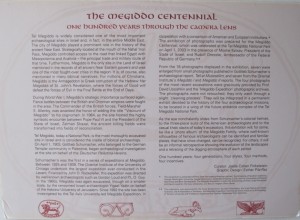 Enlarge the photo for more of the history of Megiddo…. 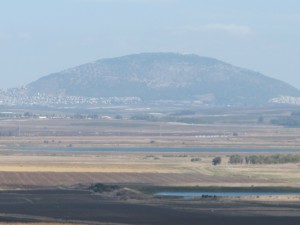 Looking out to the valley of Jezereel…

Still looking out to the Jezereel valley… 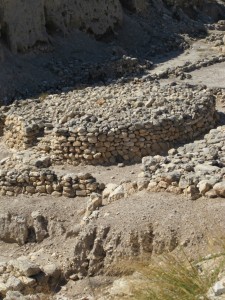 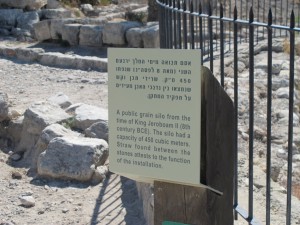 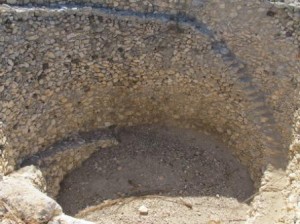 Looking into the grain silo.. two sets of stairs, one for down and one for up… efficient! 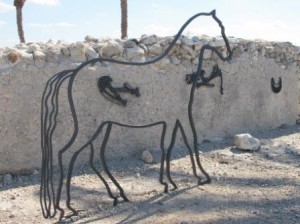 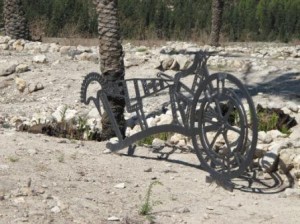 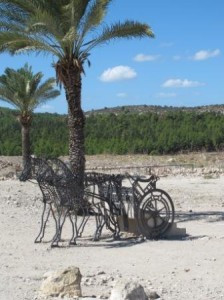 The two come together

El Rom is an Israeli settlement and a kibbutz, in the northern Golan Heights. A special stop was made so that we could see a film about the Valley of Tears war.

In 1973, in the Valley of Tears hundreds of Syrian tanks launched a surprise nighttime attack on a ridge defended by a few tanks The Syrians came prepared. They had night vision; the Israelis did not. The Syrians were able to advance.
The Israeli commander reported that he was amazed at how bravely and skillfully the Syrians fought.

He realized that he was facing annihilation and there was no immediate help coming. A strange calm came over him as he thought, “I am stronger than they are; I am braver than they are”.
He communicated to the other tanks commanders, “I’m moving back to my original position; we must hold the original line; everybody who can, move up with me!” And they all moved up.

The Syrians in the valley below were surprised to see the line still holding. When a tank crew reported that they were out of ammo, the commander responded, “They don’t know that; I need you to stand there and look like you are ready to fight.”

The commander tells how, during the night fighting, he noticed a tank with its taillight turned on standing next to him.
He ordered his tank crews to turn off all lights. They all responded that they had no lights turned on.
He repeated the request and got the same answer. In a flash the truth dawned on him. He held his breath and prayed that he was guessing right. He turned the turret and from a distance of a few meters (yards) blew up the Syrian tank.

The Syrians became amazed as they advanced with 1300 tanks and Israel only had 48…
In the end… Israel was the one who had the Victory.

It reminded me that no matter how outnumbered or underfunded (armed) you are in a situation, Roman’s 8:31 applies:
“If God is for us, who can be against us?”

We always have the victory… 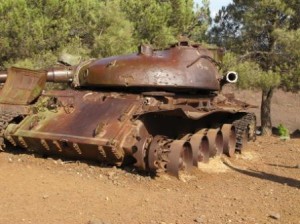 A Syrian tank that was left

Today is a special day for the country of Israel as Gilad is being released by Hamas. What stirs in my heart is that Israel is trading 1027 Terrorist for 1 of their soldiers.

What is brought to my heart is:
Luke 5:14 “What man of you, having a hundred sheep, if he loses one of them, does not leave the ninety-nine in the wilderness, and go after the one which is lost until he finds it?

Israel never gave up on having Gilad return… We are a part of the rejoicing that Luke 15:6 talks about…
“And when he comes home, he calls together his friends and neighbors, saying to them, ‘Rejoice with me, for I have found my sheep which was lost!”

13 When Jesus came into the region of Caesarea Philippi, He asked His disciples, saying, “Who do men say that I, the Son of Man, am?” 14 So they said, “Some say John the Baptist, some Elijah, and others Jeremiah or one of the prophets.”

15 He said to them, “But who do you say that I am?”
16 Simon Peter answered and said, “You are the Christ, the Son of the living God.”
17 Jesus answered and said to him, “Blessed are you, Simon Bar-Jonah, for flesh and blood has not revealed this to you, but My Father who is in heaven.

Our visit to Caesarea Philippi was a brief stop and time for some reflection on what took place. PK shared about how Peter had the Father reveal to his heart… My heart cried out for more revelation of Who He Is!!!

There is a something about this place.. an understanding is stirring in my heart…. I’m starting to know that I’m in Israel.. 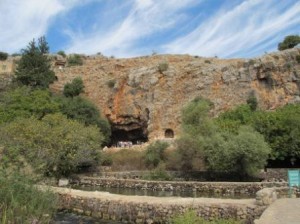 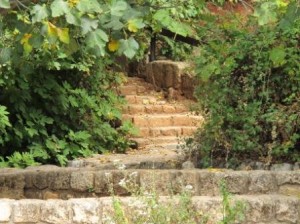 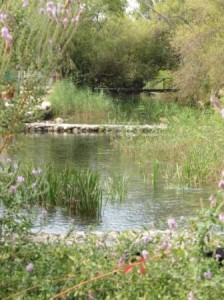